Blizzard, Club Penguin Army Media HQ – With the CPAM Premier League starting earlier this week, Armies have grown substantially and are seen training hard for their upcoming battles. After a long span of time in the CPR Community, We are proud to announce that we now have 10 Fully Active Armies affiliated to the News Organization!

The Rebel Penguin Federation had a total of 13 Events this week. They started their week with an AUSIA HCompetition in which they maxed 49. Their other week events consisted of an Operation Lyric maxing 80, a CPAM Premier League battle against the Os Mascarados in which they maxed 30. They held an AUSIA Prime Time event maxing 61, Operation Scout the Server maxing 71, Opr Navy Force maxing 65. Later in the week, RPF hosted an Operation Warp Speed maxing 72, a League Battle against the Romans maxing 27, AUSIA Operation Artemis maxing 43, Operation Home Sweet Home maxing 65. They had an AUSIA Operation Tempest in which they maxed 51 Rebels, a Stamps Ahoy Event maxing 88. They ended their week with a Chocolate Hopper event maxing 77 Penguins Online! 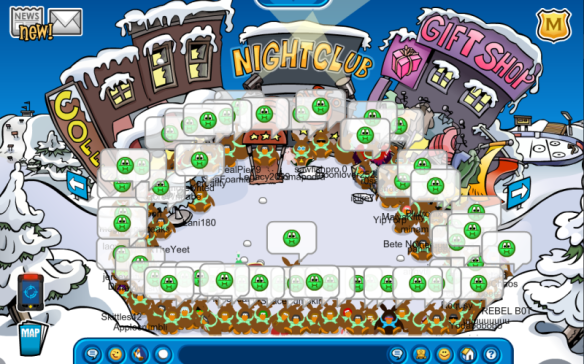 The Army of Club Penguin had a massive week with 9 Events in total. They started their week with a Propeller Hat AUSIA Event maxing 33. The other week events consisted of their 6 Month Anniversary where they maxed 65, A Massive battle against Romans in the CPAM Premier League in which they maxed 60. They managed to max 27 in an AUSIA Delivery Event, 65 at a Box Takeover, and 58 in another League Battle against the Pizza Federation. They had an Operation Green Hat AUSIA maxing 41, and another AUSIA Green Drill Camp maxing 43. They ended their week with a thrilling Premier League Battle against the Help Force in which they maxed 55 and were victorious!

The Help Force had a total of 9 Events this week. They started off continuing their war with the RFCP, with an Invasion of Beanie maxing 21. Their other week events consisted of an AUSIA Box Invasion of Blizzard maxing 25, Invasion of Marshmallow maxing 42, CPAM Premier League battle against the Pizza Federation maxing 31. They had an AUSIA Operation Magnification maxing 21, Operation Extravagance which maxed 31. They had another League Battle against the Os Mascarados in which they maxed 38 Helpers, an AUSIA Dance Party maxing 22. They ended their week with an exciting League Battle against the Army of CP in which they maxed 43!

OMA had 7 events this week. They started the week off with a training in which they maxed 12 to prepare them for the Battle Against RPF where they had 13 attendees! The battle was followed by another training with a max of 13 once again. This training however, prepared them for the battle against HF where they hit heights of 11 penguins! A speed training came next with a max of 8, closely followed by yet another training that hit 13 penguins. Their week ended off with the close battle against PZF where they managed to max 14!

PZF had an eventful week! They started off their week of festivities with a Nineuh Appreciation Event where they earned a max of 10. Soon after came a Small Training in which 6 people came to enjoy some pizza. They managed to max 10 penguins at a recruitment. Soon after came a whirlwind of battles! Starting with the Battle Against HF in which they maxed a colossal amount of 14! They then had their ACP battle with 12 attendees! Finally, they ended their week with a victory against OMA with 9 troops!

The People’s Imperial Confederation had a total of 4 events this week! Then began with their box parade and managed to get 12 boxes, they swiftly moved onto their Grand Postman’s March and maxed a whopping 16 Postmen! Soon after was their event commemorating Luca in which 11 Confederates attended. They ended their week with the seizure of Antarctica in which they once again had 11 attendees. 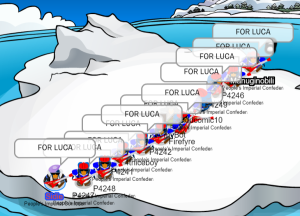 LGA came back into the community this week with their amazing Community Reunion Event in which they managed to max 18 penguins!

Under new leadership, Shock Troops managed to revamp their army by claiming CPW’s Matterhorn server as their own with a max of 6 invading the server. 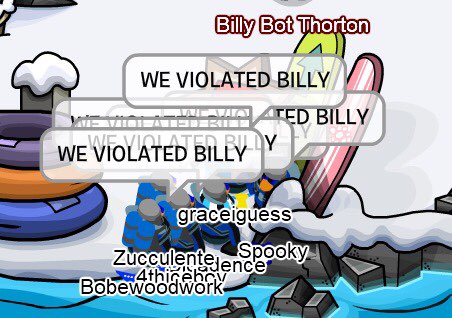 Red Storm logged onto Permafrost to have their first event and managed to have 6 attendees! 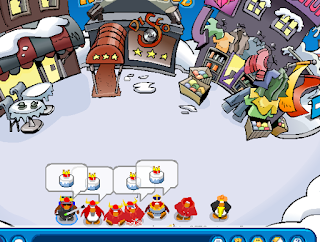 With the CPR Unity and a Successful ongoing Tournament, the community awaits to see what the tournament’s result would be! Make sure you have registered your army for it! Join our Discord from Here to make sure you’re up to date with Regular Updates and Interesting News !
Comment Below with your Opinions regarding this week’s Top Ten !